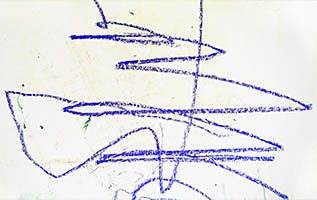 I am slightly ashamed of my sentimental fanaticism. I have saved practically every piece of paper that my kids have drawn one line across. In addition, I keep a journal of all the cute things they say. When my son tells me in his adorable lisp that we should plant sesame seeds so we can grow a hamburger bun, I just run for my pen.

There is this crazy mix of not pronouncing words correctly and not knowing what the hell they are saying that makes a mom sigh with profound love when her kids speak. When your kids are little it is kind of like you are constantly playing an awesome game of Mad Libs and Telephone – the super deluxe versions.

My son would say to me what sounded like, “I wanna runaway,” and I would clasp my heart, “But why?” Even when I later figured out that, “I wanna runaway” really was “I want lemonade,” I still didn’t know if I could bear changing that adorable voice with speech therapy. I’m sure left untreated, his wife will think the same.

Brandon told me that the monster he saw in his closet had one eyeball and a hand on his butt. Then without skipping a beat he told me he was hungry and wanted a hamburger that wasn’t horrible. Mothers get used to conversations like this. It seems like anyone with SpongeBob sheets can speak in chaotic phrases and it’s A-OK.

When my daughter was three she told me she had a penis. All the mommy websites have leaned toward using the anatomically correct words. I’m a liberal mom person. I went to the 1994 Woodstock. Well, OK. I didn’t but I contemplated it. It was the bathroom situation that I feared and kept me from the event. Still, as hip as I believe I almost am, when my little girl said the word vagina, it sounded too harsh. Penis sounds more gentle. However, to avoid providing her with a ridiculous amount of confusion in her life, I obviously couldn’t let her call her vagina a penis. As cringeworthy as it sounds to me, I still told her that she had a vagina. She somehow heard this as “dino” and insisted that she peed out of her dinosaur.

Then one day she told me it was a doughnut and I just went with that. End of story.